What Is the Future of International Students in the USA?

The Future of International Students in the USA

In this blog, we will explore past, current, and building trends to help international students understand what the future might hold for them in the USA.

After the March 2020 campus closures, overseas students dispersed, with some remaining in the United States while others continued their education from abroad via distance learning.  Despite having their foreign high school transcript evaluation and fulfilling all other requirements, new overseas students were mostly barred from entering the United States due to travel restrictions and consulate closures.

Consequently, enrollment of new international students dropped significantly. Some universities and colleges established off-site facilities to accommodate overseas students, while others ensured online learning. These temporary solutions served to soften the damage. However, COVID-19 may have other, more far-reaching consequences for students studying abroad.

The pandemic fueled an increase in acts of prejudice and violence directed toward foreigners, particularly Asians, further undermining parents’ faith in the ability of American universities to safeguard their children.

The Effects of Trump Presidency

Former President Donald J. Trump was among the elected people who publicly blamed the pandemic on China. Moreover, the idea of banning all students from China was floated by Trump early in his term. In his last year in office, he shut down Fulbright exchanges to mainland China and Hong Kong and imposed stringent regulations on Chinese graduate students.

The four years of the Trump presidency, ending in January 2021, were difficult for international students. During the height of the epidemic, the government denied students entry at the border and even considered suspending an employment program for foreign graduates.

Fortunately, things have improved for international students under the current government. However, the effects of Trump’s presidency are still felt worldwide in the student and academic communities. Many students are still somewhat reluctant to enroll in American universities.

Good News for Educational Institutes: A Surge in Enrollment!

International enrollments dropped drastically in 2020 but are presently on the rise. Despite declines in the number of overseas students enrolling at US universities in 2020 and 2021, the academic year 2022/23 is expected to see a significant increase in applications for degree programs.

According to ICEF Monitor data, more than two-thirds of universities and colleges reported that application volume has grown from 43% in 2019 to 22% in 2020/21. Only 1 in 10 respondents believed that the number of applications from overseas students had decreased for the 2022/23 school year. Master’s and Ph.D. degrees are in exceptionally high demand. Universities awarding master’s degrees and those awarding doctorates saw an increase in applications from international students.

Institutions are making significant commitments to recruiting and admissions strategies they may not have employed extensively before COVID-19 in an effort to restore their foreign enrollments. For example, the vast majority now accept online applications for enrolment.

Scholarship Provision Is On the Rise

A considerable majority of institutions in the United States are increasing their scholarship offerings to persuade outstanding students to pick them over other possibilities.

The Bottom Line: A Positive Change is On the Horizon! 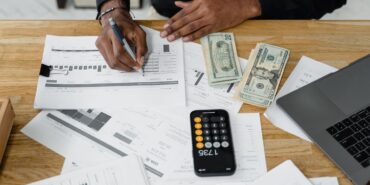 CPA Exam for International Students in the USA: What You Need to Know 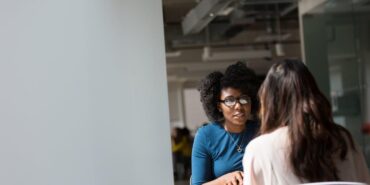 How can Credential Evaluation Help Recruitment Agents Find a Job for You?

Make sure to subscribe to our newsletter and be the first to know the news.